Lincoln Orienteers hosted Saltbush club members from Whyalla for a full weekend of competition, commencing with Saturday’s twilight event on the spectacular Coffin Bay Golf Course. About 55 people took the opportunity to mingle with the course’s resident roos and to afterwards enjoy top-notch hospitality in the club dining room. 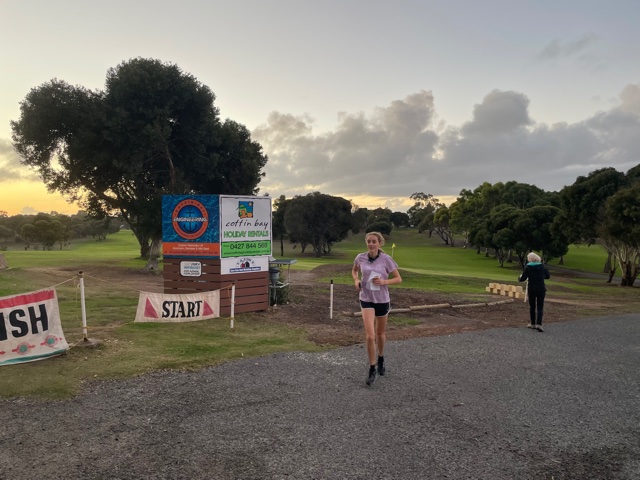 Sienna finishing her course on Saturday

A beautiful winter’s day welcomed us on Sunday for the EP Interclub Orienteering Relays, Coffin Bay! 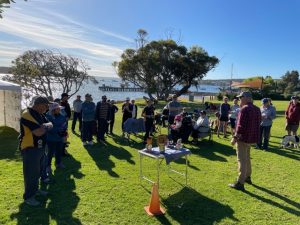 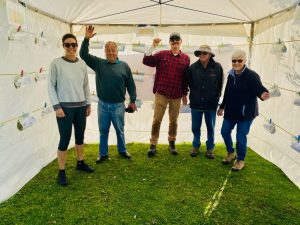 In the start tent. 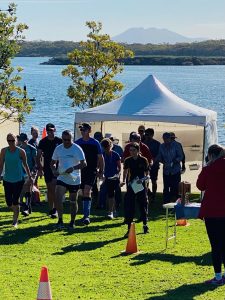 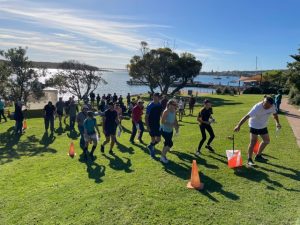 Tackling the “O” maze after the relays 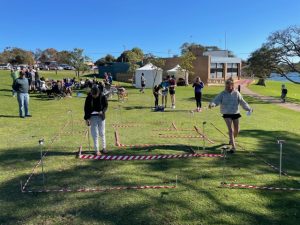 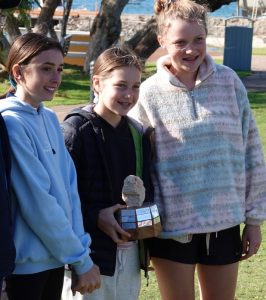 Young, fast and growing in confidence! Winners of C class, Bella White, Elodie Nohlmans and Libby Hoopmann, of Lincoln  club. Congratulations to Elodie for posting the fastest time of all runners in this class. 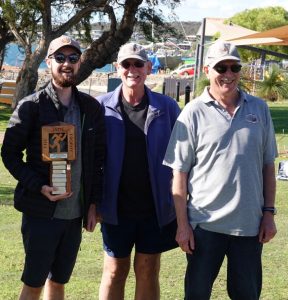 Representing Saltbush Orienteers, B class winners Alek Sims, John Brockhurst and Alan Holland. Despite being new to orienteering, Alex took his team to the lead of the large B field with a blistering run! 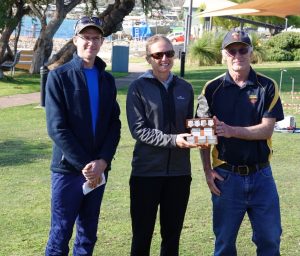 Five teams took on the challenging A class courses, with many runners posting very impressive times – notable performances by Lincoln junior Austin Clem and Whyalla’s Ray Friedrich couldn’t get their teams in ahead of Lincoln’s winning trio of Phil Clem, Alison Hoopmann and Tim Ashman.
Australian elite orienteers Evalin Brautigam and Angus Haines took to the scrub in an unofficial capacity, with Angus completing his 4 km course in an inspiring 22 minutes! Equally impressive was the performance of junior Sienna White who, despite some navigational difficulties later in her course, was just one second adrift of Evalin nearing the halfway point of her course! 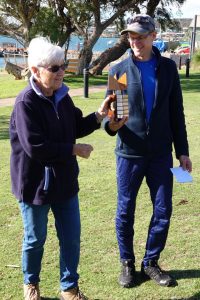 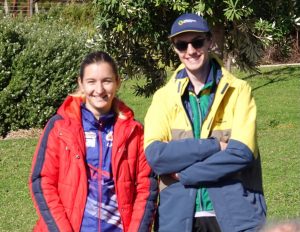 Evalin Brautigam and Angus Haines, SA coaches and Australian elite orienteers, thanks for your help and inspiration on the weekend!! 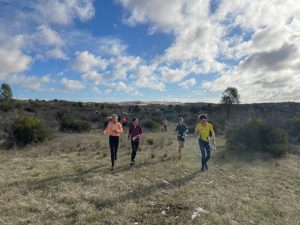 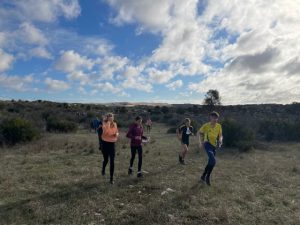 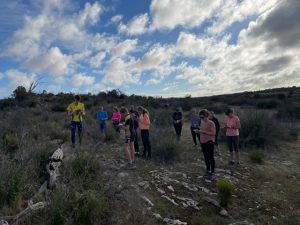